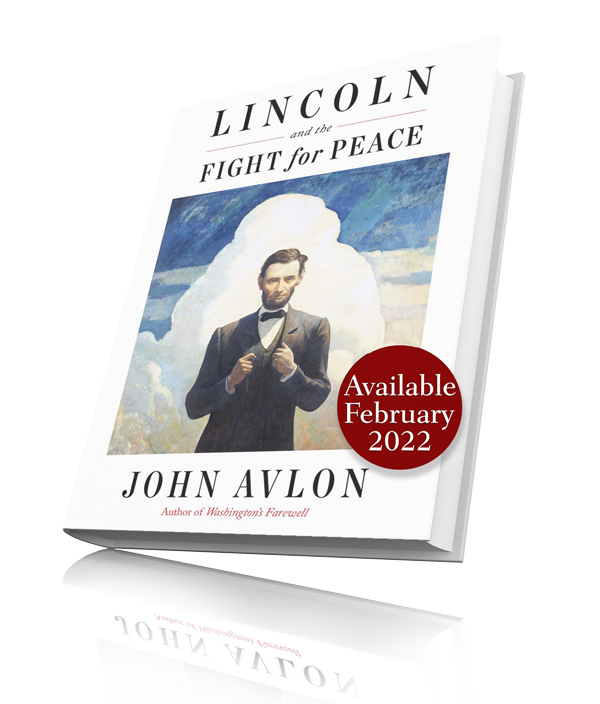 Lincoln and the Fight for Peace

A groundbreaking, revelatory history of Abraham Lincoln’s plan to secure a just and lasting peace after the Civil War—a vision that inspired future presidents as well as the world’s most famous peacemakers, including Nelson Mandela, Mahatma Gandhi, and Martin Luther King, Jr. It is a story of war and peace, race and reconciliation.

As the tide of the Civil War turned in the spring of 1865, Abraham Lincoln took a dangerous two-week trip to visit the troops on the front lines accompanied by his young son, seeing combat up close, meeting liberated slaves in the ruins of Richmond, and comforting wounded Union and Confederate soldiers.

The power of Lincoln’s personal example in the closing days of the war offers a portrait of a peacemaker. He did not demonize people he disagreed with. He used humor, logic, and scripture to depolarize bitter debates. Balancing moral courage with moderation, Lincoln believed that decency could be the most practical form of politics, but he understood that people were more inclined to listen to reason when greeted from a position of strength. Ulysses S. Grant’s famously generous terms of surrender to General Robert E. Lee at Appomattox that April were a direct expression of the president’s belief that a soft peace should follow a hard war.

While his assassination sent the country careening off course, Lincoln’s vision would be vindicated long after his death, inspiring future generations in their own quests to secure a just and lasting peace. As US General Lucius Clay, architect of the post-WWII German occupation, said when asked what guided his decisions: “I tried to think of the kind of occupation the South would have had if Abraham Lincoln had lived.”

Lincoln and the Fight for Peace reveals how Lincoln’s character informed his commitment to unconditional surrender followed by a magnanimous peace. Even during the Civil War, surrounded by reactionaries and radicals, he refused to back down from his belief that there is more that unites us than divides us. But he also understood that peace needs to be waged with as much intensity as war. Lincoln’s plan to win the peace is his unfinished symphony, but in its existing notes, we can find an anthem that can begin to bridge our divisions today.

“Avlon is a master of the art of finding the universal in the particular. He sheds new light on the most tangled questions of our history, not least the tragedy of Reconstruction. With its graceful prose and wise insights, this is an important and absorbing contribution to the literature of the American Presidency.”
- Jon Meacham
- Pulitzer Prize-winning and #1 New York Times bestselling author of The Truth is Marching On

“A stunning accomplishment, and an essential reminder that the Civil War – the most important event in our country’s history – is very much part of who we are as a people and a nation today.”
- Ken Burns
- Academy Award nominated documentary filmmaker

John Avlon’s deeply researched, brilliantly argued, and beautifully written book provides not only a timeless lesson from history—but a powerful lesson for today. Here is not only a gripping narrative about the past, but a roadmap to “bind up the nation’s wounds” in the future.
- Harold Holzer
- winner of the Lincoln Prize

“As we have come to expect from John Avlon, Lincoln and the Fight for Peace is carefully researched, persuasively written, and thoroughly relevant to our times. It is a reminder that although Lincoln did not live to see his plans for postwar peace fully implemented, he left a blueprint that provides a path forward, if we have the will to embrace it, to more harmonious relations with each other and with the rest of the world.”
- Dr. Edna Greene Medford
- Professor of History, Howard University