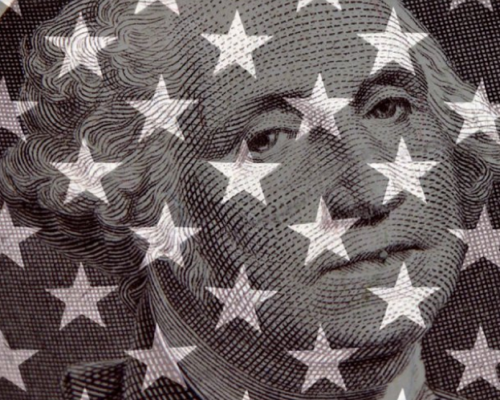 This is the second installment in a series by The Daily Beast, in partnership with the Center for Responsive Politics, on the influx of money into the 2012 campaign. These articles were Co-authored with Michael Keller.

Back in 2010, Justice Anthony Kennedy—writing for the majority in Citizens United, one of the cases that helped pave the way for the explosion of political spending we are now witnessing—envisioned a new golden age of campaign finance, in which instant transparency would compensate for the massive influx of cash into our politics. “A campaign finance system that pairs corporate independent expenditures with effective disclosure has not existed before today,” he declared. “Shareholders can determine whether their corporation’s political speech advances the corporation’s interest in making profits, and citizens can see whether elected officials are ‘in the pocket’ of so-called moneyed interests.”

It hasn’t quite worked out that way. While super PACs have to declare their donors and expenditures, 501(c)(4)s—which are empowered to spend up to half their money on politics—almost never have to disclose their donors. Eight of the country’s 20 largest super PACs now have affiliated 501(c)(4)s. And, thanks to an appeals court decision yesterday, the modest requirement that 501(c)s disclose their donors when they spend the money on electioneering communication—issue ads aired within 60 days of an election, or 30 days of a primary or nominating convention—has been overturned. (The Federal Election Commission now has the option to create new regulations, but until it does, disclosure for election spending is not required.)

And so, dark money is flowing through our airwaves in the form of political ads that purport to be “social welfare” expenditures—and avoiding transparency and accountability in the process. “The C4 is the untold story of this election,” says Melanie Sloan, executive director of the nonpartisan Citizens for Responsibility and Ethics in Washington. “I imagine that even more money will be raised by the C4s than super PACs … There’s probably hundreds of millions of corporate dollars being funneled into these C4s to influence elections, and Americans have no idea.”

Like dark matter, dark money in politics has partly been a matter of faith, evidence of things unseen. C4s, as well as other 501(c) organizations, do have to report some of their spending in a timely manner to the FEC. But that’s just the tip of the iceberg: A good chunk of their spending—including some spending that affects campaigns—doesn’t have to be reported for quite a while, in some cases not until 2014.

As a result of all this, it’s difficult to measure just how much influence 501(c)s are having on this election. But there are a few things we do know.

One is that many super PACs have joined with sister C4 organizations, which can receive and distribute anonymously donated cash. Consider the overlap between the Tea Party–aligned groups FreedomWorks for America (a super PAC) and FreedomWorks (a C4). FreedomWorks the C4 has given FreedomWorks for America over $2 million since July 2011. The two organizations share office space and staff. So do American Crossroads (the super PAC) and Crossroads GPS (the C4). (In 2010 the 501(c)(4) American Action Network was at the same address as well.) Ditto for the Club for Growth’s super PAC and C4 wings. (When The Daily Beast knocked at the Club for Growth’s office, an employee told us that yes, both groups shared the space, but no, they don’t give tours to reporters.)

In addition we know that 501(c) groups pass a lot of money back and forth to each other. This map, which shows donations among 501(c)s in 2010 and 2011, makes clear just how common this practice is—call it the Dark Money Shuffle.

Why are they doing this? It’s difficult to know for sure. One explanation may have to do with the de facto rule that 501(c)(4)s can spend no more than 50 percent of their money on politics. Take Crossroads GPS’s 2010 tax returns: They show that the organization made $15.8 million in grants to other organizations: $4 million to Grover Norquist’s Americans for Tax Reform; $2.75 million to the Center for Individual Freedom; $500,000 to the American Action Network; $50,000 to the 60 Plus Association. If Crossroads GPS had instead spent all this money on politics, it would have been over the 50 percent limit for political activity. (Crossroads declined to comment on this issue.)

Another explanation is that groups may simply be taking in more money than they can handle themselves at any given time—and passing it off to their ideological compatriots helps to solve this problem. “If you’re an animal-rights group, your donations are stable,” says Adam Brandon, executive vice president of FreedomWorks. “Other groups like ours which are under the whims of the political cycle, you might find yourself with more money.”

Of course, we still don’t know where a lot of 501(c)s’ money is coming from. But we got a brief glimpse when, in its 2011 lobbyist filings, Aetna did something it didn’t have to do: t disclosed $7.8 million in payments to the American Action Network and the U.S. Chamber of Commerce, a non-profit, non-disclosing trade association that generally aligns with the GOP.

This anonymity is surely appealing to corporations that don’t want to potentially alienate half their customer base, despite the unfettered political freedom of speech given to businesses by Citizens United. But it also appeals to individual donors as well. Foster Friess, the Wyoming businessman who gave more than $300,000 to Rick Santorum’s presidential bid, has said he now prefers to donate through C4s to reduce public scrutiny. “If you give to a C4, it doesn’t get disclosed,” Friess told BuzzFeed in June. “So if I give money to various organizations, no one knows what I am giving. Even my wife won’t know.”

There are many more donors like Aetna and Friess—but unless the law is changed, we will probably never know their names. Says Trevor Potter, president of the Campaign Legal Center and former chairman of the FEC and general counsel of the McCain campaign, “You almost have to wonder what they were smoking when Kennedy wrote that for the first time corporate money would be allowed in federal elections but voters will know who is paying for the advertising.”