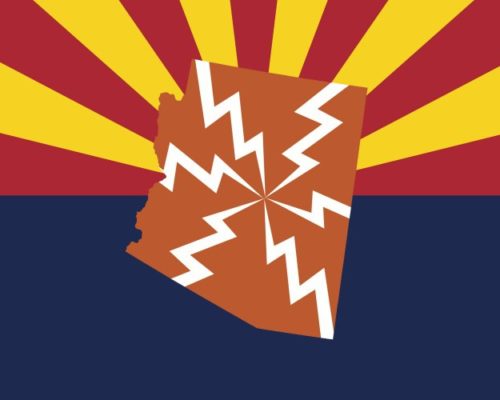 This, in the words of Joe Biden, is a big fucking deal.

The Supreme Court’s vote on marriage equality and its refusal to gut health-care reform justly got the banner headlines over the last few days. But a less-publicized case on Arizona’s independent redistricting commission had those of us fighting for election reform holding our breath in the march toward the last day of decisions.

At stake was nothing less than the ability to fight back against the forces of polarization, paralysis, and hyper-partisanship in our politics. Out of 435 House seats, only 35 are considered competitive, and the rigged system of redistricting is to blame. It’s a process of collusion between the two parties that takes place every 10 years in state legislatures and draws the congressional district lines—a subversion of democracy where politicians pick their people rather than people picking their politicians.

The result is a screwed up incentive system where members of Congress are virtually guaranteed re-election as long as they don’t lose a low turnout partisan primary, which means they live in fear of offending the base rather than reaching across the aisle to solve problems.

Increasingly, the remedy for this corrupt status quo has been voters bypassing the state legislators with ballot referendums that create independent redistricting commissions. California has done it to great effect, dislodging 14 incumbents who decided to retire after the independent commission promised to make their re-elections less than rubber-stamped.

And that’s what Arizonans did in advance of the 2010 districting, which upset then-Governor Jan Brewer. First she tried to remove the independent commission’s chairwoman, Colleen Mathis, in a power grab that was overruled. Then Brewer decided to take the commission to court, arguing that the panel—composed of two Republicans, two Democrats, and one independent—tried to “elevate ‘competitiveness’ over other goals.” Seriously.

“This isn’t anything more than Republicans trying to hold on to a majority in a state where they constitute less than a third of the voters,” explained former Phoenix mayor Paul Johnson at the time. But still the baseless, desperate, cynical case wound its way to the Supreme Court.

If the court decided that the voters’ attempt to impose a nonpartisan redistricting commission over the self-dealing of the Arizona state legislators was unconstitutional, the best mechanism citizens have to restore fairness to congressional mechanisms would have been removed.

As Stanford law professor Nate Persily, the author of the new book Solutions to Political Polarization in America, explained: “Not only would many redistricting commissions, such as Arizona and California’s, have been thrown out, but any state regulation of congressional elections that was passed by initiative would have been legally vulnerable. This would have cast doubt, for instance, on California’s nonpartisan primary, Arizona’s voter ID law, and any number of other laws regulating voter registration, campaign financing, and ballot technology.”

It could have meant open season on election reforms of all kinds. But happily, by a narrow 5-4 vote, with Justice Anthony Kennedy serving in his role as the swing vote—possibly aided here by his roots in California, which has seen evidence of success in election reform—the Supreme Court decided to back the integrity of Arizona’s independent redistricting commission.
As Justice Ruth Bader Ginsburg wrote in her majority decision (PDF): “We see no constitutional barrier to a State’s empowerment of its people.” She continued by pointing out that “‘[P]artisan gerrymanders,’ this Court has recognized, ‘[are incompatible] with democratic principles’” and attested to the fact that reforms like independent redistricting commissions have resulted in “districts both more competitive and more likely to survive legal challenge.” Quoting founding fathers from Madison to Hamilton, the decision concluded that Arizona voters sought to restore “the core principle of republican government,” namely, “that the voters should choose their representatives, not the other way around.”

The decision is a big win for election reform and a defeat for those professional partisan forces that want to keep the rigged system of redistricting in place. Now the prospect for future nonpartisan election reforms remains open and inviting to more citizens who understand that when you change the rules, you change the game.