How The Daily Beast Will Stand Up to President Donald Trump 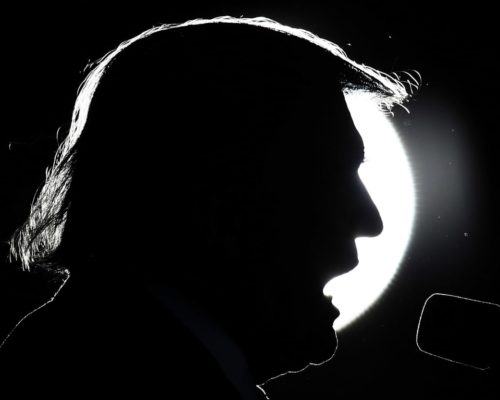 We will be the loyal opposition. We will not deny his legitimacy. But we will oppose his worst policies and hold him to account.

In 1960, after John F. Kennedy narrowly defeated Richard Nixon, staunch Hollywood conservative John Wayne declared, “I didn’t vote for him, but he’s my president and I hope he does a good job.”

In 2008, after President Obama was elected, right-wing talk-radio host Rush Limbaugh declared, “I hope he fails.”
At The Daily Beast, we count ourselves in the John Wayne camp.

We were early, principled, and unapologetic opponents of Donald Trump’s divisive and demagogic campaign.
But if he is our next president, we will not question his legitimacy or hope he fails.

Instead, we will count ourselves members of the loyal opposition—loyal to the United States of America and opposed to the policies proposed by the president-elect during his campaign. And we will reflect on what has led so many of our fellow Americans to embrace such a messenger.

It’s possible, as Trump and his defenders have sometimes suggested, that Donald the dealmaker will emerge in the Oval Office—that his campaign positions were just reality-TV theater and the office itself will ennoble, inspiring him to act on his airy promises to “make America great once again.” These Trump-rationalizers believe that his past positions—as a pro-choice, pro-business Democrat—will re-emerge.

Perhaps. But history shows that candidates who take power generally mean what they said.

We will hold him to account for any lies that he tells and any attempts to intimidate his opponents. We will push back on appeals to white identity politics that try to divide our nation and demean our essential diversity. The Daily Beast will always call out bullies, bigots, and hypocrites.

The policies candidate Trump has proposed represent an existential challenge to our civic fabric, liberal values, and world order. And that is a challenge that citizens and journalists will have to confront unflinchingly in our duty to remain active and engaged while speaking our conscience.

We will not shimmy or seek to suck up to those in power. We will remain steadfast in our belief that the difference between patriotism and nationalism is at the heart of American exceptionalism.

Fifty-eight percent of voters in ABC News’s exit poll said they would be concerned or scared by a President Trump. Seventy-one percent said they were bothered by his treatment of women, and 28 percent of his own voters don’t think he’s honest or trustworthy. They voted for a candidate who, in Bill Clinton’s old formulation, is “strong and wrong.”

That’s comforting, in its way. We don’t for a moment think that every Trump voter shares his darkest views or instincts, only that they were willing to accept them as a way of casting a vote against “the system,” as they’ve seen it. Now, their candidate is the system, and we’ll be there to hold him to account for how he runs it.

The next four years won’t be boring. But what’s good for ratings might be brutally bad for our republic.

We have survived terrible presidents before. We will survive a President Trump. We will do it by keeping faith in the democratic process and our deeper values. We will do it by remaining committed to vigorous citizenship and a free press.


This entry was posted in Featured Columns and tagged President Trump, The Daily Beast. Bookmark the permalink.