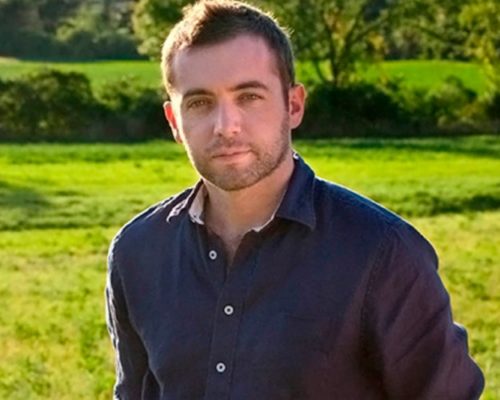 There will be a lot of these heartsick tributes to Michael Hastings, who died on Tuesday in Los Angeles at the unforgivably young age of 33.

He was one of the great journalists of our generation, possessing spark and insight and righteous indignation. But he was also funny and kind and irreverent. He took his work seriously but never himself.

He was fearless, for better and for worse, and that has become a kind of instant cliché about his character in the wake of his passing, passed along the Twitterverse he helped popularize. Hemingway once said that all writers must possess “built-in, shock-proof bullshit detector” and Michael seemed born with one of those. He hated bullies and lies and puffed-up pretense. He was never afraid to call bullshit, even when the target in question was a boss or a general running a war he was covering.

Michael will always be known—at least in journalism circles—for his Rolling Stone “Runaway General” story that ended up leading to the resignation of a commanding general in wartime. At the height of the subsequent shit-storm, Michael was unavailable for comment, embedded with the troops who were his reality check.

Michael took some quiet pride in being a chameleon—this most subversive of cats would wear a coat and tie to coast into the corridors of power because, he explained, you’d be surprised at how few people would think to stop a man wearing a coat and tie. But despite the purposeful work-uniform, there was not an ounce of suck-up in him; he was all about pursuit of the unvarnished and often ugly truth while also believing that you could have some fun along the way. His storytelling style had touches of Hunter and Orwell, but he was an original American amalgam who built upon the best of the past, as all craftsmen do. His exasperated intensity was his hallmark—you always knew you were getting his truth, straight no chaser.

He achieved success in his chosen field at a young age—a war correspondent who returned to tell the tale to awed students at his high school in Vermont. He wrote a list of advice to aspiring journalists, worth reading here, that can stand along with his body of work—the books I Lost My Love in Baghdad, The Operators, and Panic 2012—as an enduring memory of his voice and talent.

I think that Michael would hate to be falsely remembered as perfect in retrospect—he was mercurial, impulsive, and intense. He did not suffer fools gladly. But he was fun and he loved his friends and family—especially his beautiful, accomplished, and altogether extraordinary wife, Elise. One night this past winter, during a snowstorm in New York, we had a snowball fight indoors on the third floor of a restaurant that had all but shut down. He charmed the waiters so that they would not think of complaining and then took the fiesta into the snowy streets, laughing all the way.

Those are the gifts that can’t be taken away—the memories and, perhaps above all, the work. But the sense of loss is sickening and the shock has not begun to subside. After having survived the war zones of our time, he died just as suddenly and senselessly, speeding in the early morning hours on the streets of Los Angeles. And what is left is all the books and articles unwritten, the conversations left unspoken. One night we plotted to make a guerrilla pilgrimage to the author of Dispatches, Michael Herr, the legendary chronicler of Vietnam, who lives in upstate New York. That trip won’t happen now.

There is so much left undone and nothing to do but write about it in a hopefully unselfish attempt to make sense out of shock, a way of paying tribute to this vibrant soul, a way of marking time so that others might know a bit more about just how much has been lost.