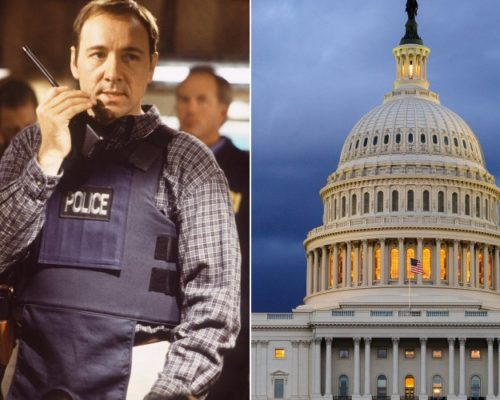 With Washington held hostage by the far-right, the shutdown crisis is stuck in stalemate. John Avlon talks to a former FBI hostage negotiator about how to break the deadlock. Yes, it’s come to this.

With the government shutdown entering its second week and debt ceiling default less than two weeks away, polarization has turned poisonous and confusion reigns on Capitol Hill.

“It actually reminds me of a prison siege,” says Christopher Voss, a former FBI hostage negotiator, as he surveys the dysfunctional congressional deadlock. “The opposition isn’t particularly organized. The smart move is to pick among the leadership on the other side who is the most reasonable. Then you empower them by talking with them and granting some sort of small concession. And they suddenly gain a lot of influence on their side.”

Yes, it’s come to this: Washington’s shutdown stalemate looks like a hostage crisis to high-stakes negotiators. And in their eyes, the inmates are running the asylum.

Republicans and Democrats are barely speaking and the right is divided, consumed with paranoid intra-party negotiations. Some conservative congressmen are now insisting that the shutdown was never their intention, despite repeated votes to the contrary. Emotions are running high and logic has left the building, best evidenced by this instant classic absurdist outburst by Representative Marlin Stutzman (R-IN): “We’re not going to be disrespected. We have to get something out of this. And I don’t know what that even is.”

It’s time to call in a hostage negotiator. I met Voss at CNN after he was summoned in an inspired bit of booking for Christine Roman’s Your Money. After taping a segment, we sat down to talk in greater detail. Voss handled hostage negotiations for the F.B.I. and served as a longtime member of the Joint Terrorist Task Force in New York City. He is now the CEO of the Black Swan Group consultancy and teaches negotiation at the McDonough School of Business at Georgetown University. And if Voss is discouraged by the situation in Washington, it should be a wake-up call for all of us. Our democracy is in serious disrepair.

“I hate watching it break down to this degree,” Voss says. “Washington, by definition, is often run by compromise—and that’s not happening.”

So how did it get to this point? “Its fear-driven behavior,” says Voss. “They get angrier because they feel they’ve been defeated. People notice losses twice as much as they notice wins. It’s a sports metaphor you hear all the time: ‘I hate losing more than I like winning’…I think there’s a very strong sense of loss on their part over what they refer to as Obamacare and resentment over that is carried forward.”

But hostage negotiators aren’t the type to give up hope. “Ultimately, everybody wants success. And there are a lot of definitions of success,” Voss says. “Bottom line, they want to be made to look like they were effective and got things done for their side. So it’s a matter of refocusing on what’s in everybody’s best interests.”

He’s looking to the Obama White House to help start the reset: “I would ask them to start saying, ‘I understand that the people on the other side of the table have the best interests of the American people at heart.’ Simply recognize that. Everybody wants to do what’s best for the American public. Those sorts of statements repeated on a regular basis, it’s the start of dialogue. It’s not concession; it’s the beginning of dialogue.”

But the prison siege mentality Voss describes is exacerbated by an absence of strong calming leadership in the congressional GOP. “Those guys are sitting on the sidelines,” Voss says. “There are quite a few Republican politicians that I have a tremendous amount of respect for that are exceedingly silent these days.” He mentions House Intelligence Committee Chairman Mike Rogers: “I’ve never heard anything out of Mike’s mouth that wasn’t really thoughtful and nuanced.”

Another possible constructive calming voice on the conservative caucus could be former President George W. Bush. “I think there’s a possibility that he would be somebody that you would talk to behind the scenes, and potentially an intermediary himself. I think he absolutely has the ability to be a stabilizing influence.”

But how to do you deal with the hyper-partisan congressional bomb-throwers? “Well it’s like a game of tic-tac-toe with the tantrum throwers,” Voss says. “In tic-tac-toe, if you’re going second, the best you can possibly do is tie—if you play the game. There’s a first-mover advantage. The minute you stop playing that game the first mover advantage goes away. So you don’t play their game at all. That’s the way you respond.”

The big question is how you break the cycle of distrust when so many Republicans seem obsessed with overheated opposition to a two-term president. Here, Voss has seen worse situations defused. “I’ve seen people that were taken hostage in kidnapping situations where the kidnappers hated the person and what they stood for,” he says. “And when the person facing them showed them unrelenting respect and unrelenting courtesy and was completely relentless in it, eventually they began to reciprocate with respect. So if you decide that you can stand to have a chunk taken out of your hide, the scars of disrespect, a few times by being the first one to show respect, it will become contagious. It will work.”

But Voss doesn’t believe President Obama is blameless in the current situation. “I see him using a lot of emotional terms as well and that’s never a good sign. The essence of what he’s saying is finger pointing. When you refuse to talk, then you have blinders on…and it happens to be typical thinking of someone who either doesn’t talk at all or completely gives in.” That’s is a decent distillation of Beltway conventional wisdom criticism of President Obama’s negotiating style to date.

So what advice would the professional hostage negotiator give Speaker John Boehner, who has been frequently accused of being held hostage by 40 or so House radicals? “Find a way to declare victory and go home. Start to list the wins that you actually had. Start to recalibrate to where you want to be in the next sequence of moves instead of trying to go the whole distance in one phase.”

And what would Voss tell the White House? “Start using messaging that ‘we’re after what’s in the best interests of the American people.’ You’re challenging other people to engage and that’s a dialogue. At the same time, if they fail to do so, then they’re the ones who look unreasonable. And you have at that point time to reset the game.”’

With the debt ceiling now effectively attached to shutdown negotiations, the best way out of this pathetic self-inflicted crisis is to look for solutions outside the non-starter of delaying or defunding ObamaCare. There is still the possibility that this crisis could be resolved with a last-minute breakthrough in long-stalled areas where there is some small policy common ground, like tax-reform or immigration reform or a version of the debt-addressing grand bargain. Legacy interests and the prospects of being hung in the next congressional election might just inspire constructive governing at the 11th hour.

“Understand the shades of gray in between where I can be resolute and I can still talk,” Voss advises. “There’s an old saying: ‘Never be so sure of what you want that you wouldn’t take something better.’”