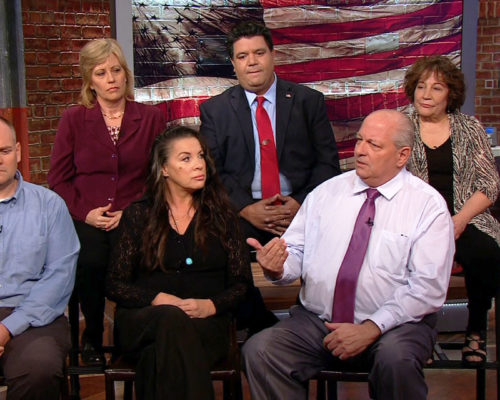 It’s the best of times and the worst of times for independent voters and candidates.

With Washington bitterly polarized, the need to break out of the divisive duopoly of Republican and Democrat has never been clearer — especially for those folks who used to consider themselves on the center-right.

Nebraska Senator Ben Sasse spoke for many when he said on CNN’s New Day in September that he thinks about leaving the GOP “every morning when I wake up,” adding that “neither of these parties are for very much more than being anti.”

But those forces of negative partisanship that Sasse describes are precisely what’s making it tougher for independent candidates running for office in 2018.

While the most prominent independent elected official in the nation, Senator Angus King from Maine, is cruising toward re-election, the country’s only independent governor — Alaska’s Bill Walker — suspended his re-election campaign last month and endorsed Democrat Mark Begich to stop Republicans from winning the statehouse.

This final-stretch focus is a reminder that independents are the balance of power in American politics. But their influence is diluted by Washington’s obsession with politics that play to the base. As the two parties have become more ideologically polarized over the past three decades, independent voters have grown from about 35% of the electorate in 1990 to averaging about 42% this year, while Democrats and Republicans hover just south of the 30% mark.

And according to the University of Virginia Center for Politics, there are 10 states where registered Independents outnumber Democrats or Republicans, including the pivotal presidential swing states of Iowa, New Hampshire and Colorado.

While independents are the clear plurality in American politics — and 35% of Americans identify as moderate in a 2018 Gallup survey — many centrist candidates and voters feel politically homeless in the current environment. Center-right senators like Republicans Jeff Flake and Bob Corker were essentially forced into retirement because of their principled criticisms of President Trump, which made partisan primaries seem like losing bets, despite their being strong general election candidates.

Unfortunately for the nation, both men chose not to pursue the path that Alaska’s Senator Lisa Murkowski did in 2006, when she successfully persisted with an independent candidacy after losing a primary to a Tea Partier. Centrist Democrats like West Virgina Senator Joe Manchin are in a stronger position in their party, but the energy is increasingly from candidates on the left adopting more liberal positions — like Medicare for All.

Against this backdrop, more candidates are trying their hand at independent candidacies. In Kansas, independent Greg Orman is running in a three-way race for governor after nearly winning a Senate seat as an independent in 2014. I spoke to him at the outset of his campaign and he made the case in terms that resonate with independents across the nation: voters are “sick and tired of extreme partisanship.”

“The two parties seem more interested in seeing the other party fail than they (are in) seeing our state or our country succeed,” he said, “so I think as an independent I would really have the ability to embrace the best ideas.” But with Trump crowding the national conversation, centrist Republicans in Kansas have been backing Democratic State Senator Laura Kelly over right-wing Trump-hugging Republican Kris Kobach, the current secretary of state.

The Colorado-based group Unite America — formerly known as the Centrist Project — has been backing Orman’s effort, along with independent candidacies across the country, including Maryland Senate candidate Neal Simon, Maine gubernatorial candidate Terry Hayes and California Insurance Commissioner Steve Poizner, along with a handful of state legislative candidates.

The Serve America Movement — which offers an alternative to the parties — is advancing a similar agenda, fielding a compelling candidate in a longshot bid for New York governor, Stephanie Miner, who had previously been a popular two-term mayor of Syracuse. “Because of the hyperpartisanship that we’re seeing now, there’s no problem solving — it’s just name-calling and rewarding special interests,” she told me. “As a mayor you cannot engage in this talking-point, 30 seconds accusations. You have to really fundamentally solve problems. … I am fiscally responsible but also believe in people being able to make their own decisions about their lifestyles and how they live their lives.”

This fiscally responsible but socially liberal framework is what unites many independents and centrists. It is a common-sense combination that is out of step with the base of both parties.

President Trump’s polarizing of the electorate has created a sense of urgency that’s making it difficult for independent candidates to find oxygen this election cycle. But with this polarization likely to get worse in the coming years, independents’ ambitious efforts might simply be ahead of their time. Breaking through this bitter and divisive climate will ultimately require new coalitions to depolarize our politics.

Independent voters and candidates are rebelling against the rigid polarization of our politics. They recognize that we need to put country over party to overcome the tribalism that’s diminishing our democracy in the eyes of the world. And that’s really a cause worth fighting for.