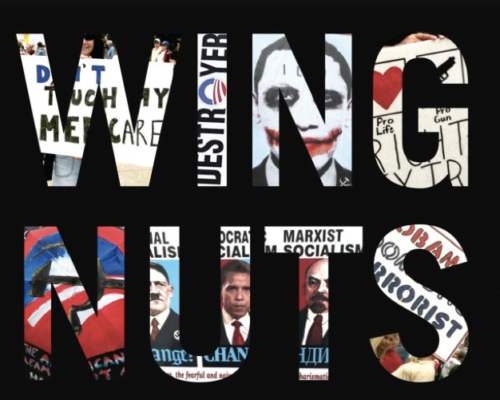 The paranoid style in American politics is alive and well.

It was thriving on both sides of the Potomac Monday at separate Second Amendment rallies offering a cast of characters including militia members, a fundamentalist Mormon family, a sheriff, a Patrick Henry re-enactor and a pistol-packing transsexual.

What connected them all is a belief that our constitutional republic is being undermined by the Obama administration. As one typical rallying cry vented: “It’s not about guns—it’s about freedom!” And they let their freak flag fly.

At the Virginia rally, the armed participants were almost outnumbered by the press, creating a militia petting-zoo atmosphere. Foreign and domestic reporters fell all over themselves to interview what they saw as self-appointed members of the lunatic fringe.

This crowd didn’t need signs; they had assault rifles to get their primary point across. Earnest members of the crowd discussed conspiracies ranging from JFK to 9/11 to Timothy McVeigh, all ending up with guns protecting us from global government. But there was a specific irony undercutting their intensity—namely that President Obama, who attendees say is threatening their Second Amendment rights, signed the law which made this first armed rally in a national park possible.

I asked two attendees from North Carolina why the Second Amendment protest seemed so apocalyptically urgent, given that gun laws have been loosened in recent years.

“As far as Obama signing anything, I think that’s just a ploy,” said Randy Dye. “I think he’s just trying to appease us for today. But down the road, I still feel that our Second Amendment rights are going to be threatened.”

“I’ll add to that,” offered his compadre, Chuck Hadley. “Once the Second Amendment is gone, your Bible is going to be gone, too. They will take your Bible from you—just like in Canada, right now. It is now illegal in Canada for people to preach certain things from the Bible because they think that it’s hateful—especially about homosexuality.”

From guns to God to gays in one synaptic spasm—the culture-war trifecta. That’s impressive by any standard.

I was surprised to see one more or less mainstream conservative group represented, the William F. Buckley-sanctioned Young Americans for Freedom, now led by its executive director John Marks, who I’d last seen on TV ably debating wingnut Democratic Representative Alan Grayson. I asked Marks what brought him to the armed rally.

“We are being supportive of Second Amendment rights,” he replied. “It’s not a militia meeting, just good American people.” When I pointed out that Three Percenter militia leader Mike Vanderboegh had spoken at the morning’s earlier rally, Marks barely skipped a beat. “I have no problem with militias; it is a constitutional right.”

When a speaker named Eric Stinnett compared the current state of the nation to 9/11 United Flight 93—making the Obama administration the equivalent of al Qaeda hijackers, which he dubbed “Commie-Kazis,” I think I could see Marks wince upon realizing there was a YAF banner in the camera shot.

The rally by the Washington Monument was supposed to be the straight-laced, less dangerous Second Amendment gathering, fit for senior citizens, children, and the Washington press corps. But sincerity and strangeness ran neck-and-neck.

There was the archetypal Hatriot hero, former Arizona Sheriff Richard Mack, firing off well-traveled applause lines like, “the greatest threat to our God-given constitutional liberty is our own federal government,” with neat new anti-health-care digs thrown in: “The states can opt out—they cannot compel us to take part in their socialist schemes.”

When he offered an anecdote about California Senators Feinstein and Boxer as well as House Speaker Nancy Pelosi, things briefly got old-school, Salem-style; a burly bald member of the crowd shouted, “Burn them all at the stake like the witches they are!”

Still, communist was the preferred epithet. Lynn Myers from Pennsylvania bedecked his Soviet fur hat with Obama pins. “Basically, I’m calling Obama a communist,” he said. “Philosophically, he grew up around communists; his father and mother were ones. If he’s not a communist, he’s a Marxist. But right now, a lot of his policy is being run by dictionary-definition fascists.”

The anti-Obama forces shared the stage with others engaged in an unexpected—and unintentional—celebration of America’s endearing strangeness.

When a child ambled up to me covered in buttons with images of the Constitution with the slogan “Miss Me Yet?” images of child-labor law infractions danced in my head. But when the kid’s father appeared, wearing a long beard and hat, I assumed this was some kind of Amish tradition and my heart softened, not wanting to pass cultural judgments.

Turns out the man, Mark Easterday from Kentucky, was a self-described fundamentalist Mormon and a proud bigamist (“my second wife is in Kansas tending to her mother”). He is concerned for the future of his children, Elijah and Hannah; both Bush and Obama have let him down. But he has a prescription: “I’d like to see Ron Paul as president and Sarah Palin as vice president… they would understand that the power is in the people and I believe they would work to turn this country around.” What would they do? “Bring our troops home. One of their jobs is to defend our borders and I don’t think we belong in other countries. The Muslims don’t want us there. They’ve got to sort out their own differences.” He’d also like to see a return to the gold standard.

Just over the Mormon fundamentalist’s shoulder was a post-op transsexual named Nicki Stallard, a member of a gay pro-gun-rights group called Pink Pistols, offering a half-standup, half-serious statement of Second Amendment principles. The onetime Navy seaman’s speech went off the rails a good deal of the time, but she ultimately won over the crowd. It was a welcome sign of pluralism enduring in the Petri dish, alongside the strains of super-patriotism and paranoia.

Democracy can be a dirty business; dissent is patriotic, no matter which party is in power. The danger is when dissent crosses over into demonizing the current president and his administration. It comes when losing an election starts to feel like living under tyranny. On a date when we mark both the start of the American Revolution and the 15th anniversary of the Oklahoma City bombing, we owe it to ourselves to keep a sense of perspective. Our political opponents are not our enemies; they are fellow Americans. And cultivating fear is contrary to celebrating freedom.


This entry was posted in Columns, Featured Columns and tagged The Daily Beast, Wingnuts. Bookmark the permalink.