The Recovery – The Daily Beast 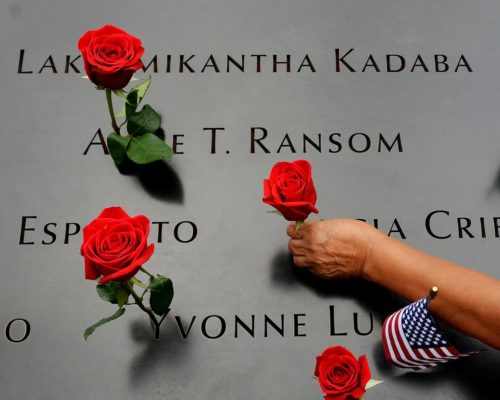 Lower Manhattan is a living symbol of civic resilience; it is evidence of how free people can triumph over fear. The neighborhood surrounding Ground Zero has become the fastest-growing in New York City.

Daniel Libeskind is part of the influx. The Bronx-raised designer of the Freedom Tower was living in Berlin on 9/11: “I was determined to live in lower Manhattan. And I’m so happy because it’s really coming back to life … It’s a kind of renaissance.”

The 16-acre wound where the World Trade Center once stood is just north of where the Dutch colony of New Amsterdam formed in the 1600s. On these streets, George Washington took the oath of office, and Congress proposed the Bill of Rights. Between 1890 and 1930, the tallest buildings in the world were downtown. In the second half of the 20th century, businesses moved to midtown, but by the 1990s, Lower Manhattan once again was a bustling commercial and residential hub. Then came 9/11.

The collapse of the towers was equivalent to a 2.4 on the Richter scale. The fires at Ground Zero burned for three months.

“A blanket of dust that looked like snow covered this whole area,” recalls Peter Poulakakos, whose family runs a half-dozen lower Manhattan restaurants. “There were Hummer military vehicles, the National Guard, nobody walking around. It was a war zone.”

“It was a time when people said lower Manhattan would never survive,” says Community Board 1 chair Julie Menin. “They said no one will live downtown, they won’t work downtown, and they’re certainly not going to visit downtown. If you look at those three areas, we have absolutely proved them wrong.”

Lower Manhattan’s residential population has almost tripled since 9/11, and among the new apartment buildings is a Frank Gehry–designed skyscraper. Goldman Sachs and Deutsche Bank have built new headquarters in the neighborhood. Condé Nast will take 1 million square feet of office space in One World Trade Center, which will stand 400 feet taller than the Twin Towers when it is opened—lawsuits, protests, and design disputes finally behind it— in 2014. Thanks to the increased police presence, lower Manhattan is now the safest neighborhood in New York City.

And then there is tourism. When the stunning new 9/11 memorial opens on the 10th anniversary of the attacks, it is expected to help draw a total of 9 million visitors to the neighborhood each year. The number of local hotels has increased from six to 18. There are now nine museums, 447 restaurants, and 626 shops. Where else can you eat dinner while watching the sunset over the Statue of Liberty?

“I’m always inspired by how many people are looking at the site,” Libeskind says. “There’s always people looking, longing to see something positive emerging out of this tragedy. And I think that is the right response to the terrorists. They did not win that day. New Yorkers won. New York did not lose its heart. New York rebuilt its heart. We’re laying foundations for a better future.”


This entry was posted in Columns and tagged 2008 Elections, 9/11, The Daily Beast, The Resilient City. Bookmark the permalink.