Democracy in Name Only – City Journal 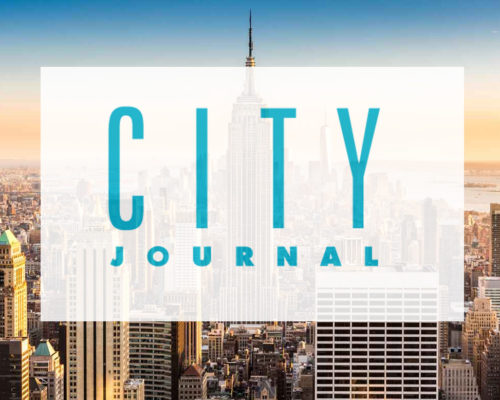 Most elections for New York City offices are effectively decided in Democratic primaries with very low turnouts. In New York’s vibrant first City Council district, which stretches from Soho to Battery Park and holds roughly 150,000 people, Chinatown community activist Margaret Chin beat incumbent councilman Alan Gerson by receiving 4,541 votes to Gerson’s 3,520—and that was one of the higher turnouts in the city-council primaries three weeks ago. Turnouts are even lower when no candidate in the primary receives 40 percent of the vote and a primary runoff must be held; the runoffs for public advocate and city comptroller two weeks ago were determined by just 7 percent of registered Democratic voters.

Eight current members of the City Council, all Democrats, will face no general-election opposition this year, while 13 other seats have no Republican candidate, leaving challenges to long-shot Conservative, Independence, or Libertarian candidates. Last year, an astounding 19 Democratic incumbents in city positions didn’t have to go through the indignity of an election at all—they had no primary or general-election opponents. When Cy Vance won this year’s Democratic primary for Manhattan district attorney to succeed the 35-year incumbent Robert Morgenthau, he won the plum position outright. Even for that high-profile law-and-order office, no Republican thought it worth the time or money to run. And Brooklyn’s district attorney, Charles Hynes, is running on every line in his borough—Democrat, Republican, Conservative, and Working Families.

Sixteen years of Republican mayors in New York should not blind Republicans to the depth of the problem. While voters have shown their approval of independent-minded executives, the city’s five-to-one Democratic registration advantage and low turnout for nonmayoral elections has helped Democrats win every other citywide seat over the same 16 years. In the City Council, Republican representation has declined dramatically, from seven GOP seats in 1994 to just three today, making the Council nearly 95 percent Democrat-controlled. And the city’s last remaining Republican seat in the U.S. Congress was lost in 2006. The most competitive elections are now within Democratic primaries, where the Working Families Party wields increasing influence.

Low turnouts and lack of competitive elections are not just a New York City problem. Ten years ago, there were 13 Republican congressional representatives in the Empire State. Today there are two. The Democrats’ success has been accompanied by stasis. Out of the 212 seats in our infamously dysfunctional New York State legislature, only five incumbents lost their seats last year—three in primaries and two in a general election.

Low turnout may be a civic problem, but it’s not a bad thing for party bosses and power brokers. A low turnout in a closed primary makes election results much easier to manage. (William Thompson decisively won the Democratic nomination for mayor on primary night this year with nearly 70 percent of the vote, but this amounted to just 234,897 votes—less than 1/32nd of the city’s population.) Add the stack-the-deck system of redistricting, which creates safe seats for each party, and you get a picture of a democracy rigged to benefit incumbent politicians rather than the people.

So it’s welcome news that Brian Kolb, minority leader in the New York State Assembly, is spearheading an ambitious effort to recruit Republican candidates in all districts for the 2010 elections. “Fair, competitive elections are the heart of our democracy,” Kolb says. “It’s time New York started having them.” The single most important step toward having such elections in New York State is redistricting reform, implemented by an independent, nonpartisan commission. Redistricting reform helps create competitive elections because it diminishes built-in advantages for any party. Not only does this encourage challengers to incumbents; the presence of a real race also increases voter turnout. When an election result is a foregone conclusion, voters understandably feel that their votes don’t matter.

In the city, Mayor Bloomberg has an opportunity to address the deficiencies of our local democracy by pursuing a broad agenda of election reform if he is granted a third term. He could support a charter-revision commission to propose changes to the city’s constitution-like governing document. One sensible reform would be to close the union loophole in campaign-finance laws, which allows millions of dollars’ worth of in-kind contributions like phone banks and union-mandated “volunteers” to benefit endorsed candidates without accounting for the costs on the books. Bloomberg could also pursue more modest reforms, such as ending patronage-dominated dysfunction at the Board of Elections and instituting instant runoff voting, in which voters rank their first- and second-choice candidates in a primary, eliminating the need for a separate runoff election. This innovation would have saved New York City taxpayers an estimated $15 million this year. The mayor could also press Albany leaders to follow through on their stated, but predictably stalled, support of redistricting reform. Finally, Bloomberg could help build a more robust, reform-minded local Republican Party, a must if Republicans want to win future elections. In a time of fiscal crisis, these reforms are essentially free—and they would have a more lasting positive impact on our city’s culture than a boatload of social programs.

New York needs election reform. The good news is that solutions are available: we can increase voter participation and politicians’ accountability by opening up the process. Citizens of America’s largest city deserve better than life in a one-party town.

John P. Avlon is a senior fellow at the Manhattan Institute. He served as chief speechwriter for New York mayor Rudy Giuliani and is the author of Independent Nation: How Centrism Can Change American Politics.


This entry was posted in Columns, Featured Columns and tagged New York. Bookmark the permalink.