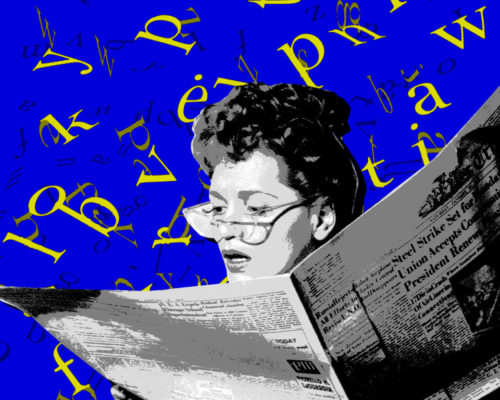 We vote for president every four years, but we vote with our wallets and eyeballs every day.

Bill O’Reilly’s sudden fall from cable news supremacy happened because over 60 advertisers—under digital grassroots pressure—decided that they couldn’t be seen supporting him after it was revealed that Fox News spent $13 million to settle sexual harassment accusations against their primetime star.
But this is just the highest-profile example of an accelerating trend that just might turn the tide on fake news, hate news, and their hyper-partisan enablers—while opening the door to more conscious capitalist support for quality news.

In the past few months, we’ve seen the alt-right mecca Breitbart systematically abandoned by advertisers who found their ads next to a “black crime” section, mash notes to the confederate flag, and serial fear-mongering about undocumented immigrants and Muslim citizens alike. This came about because online activists at Sleeping Giants began publicly alerting companies via social media that their wares were being sold on Brietbart. In this new era, consumers are asking corporate citizens to live their values or suffer the consequences.

They’re not alone. In late March, corporate titans like Verizon and Johnson & Johnson and Coca-Cola and Walmart proactively pulled ads from Google’s YouTube because the algorithm allowed their carefully calibrated messages to be placed alongside hate news and fake news.

Fake news—fundamentally false stories written with the intent to deceive—proliferated during the end of the 2016 campaign because it provided confirmation bias combined with clickbait. But the real engine of its growth was profit as much as propaganda, as purveyors found themselves making $10,000 a month from the programmatic ads that sponsored their swill, reaching massive audiences via social media.

Of course, brands don’t want their ads to appear next to fake news or hate news. But they’ve become part of the problem because they’ve bought into a broad programmatic ad buy strategy that simply seeks the cheapest price per clicks. This makes their ads—and audience reach—a mile wide and an inch deep. It also creates real risks to their brand reputation.

That’s why J.P. Morgan Chase changed its online ad buying strategy after it found that it had been unintentionally supporting sites like “Hillary 4 Prison.” In response, it focused its online advertising buys to 5,000 quality sites rather than a 400k-site programmatic skunk spray. Focusing their advertising to quality sites at the expense of reach did not negatively impact their results. This was just the latest example that influence matters more than scale for its own sake.

Other business leaders are taking notice as well. “Following revelations of ad placements alongside inappropriate content on Google’s YouTube, and the advent of fake news on Facebook, publishers’ arguably more controlled, predictable content may prove a safe haven for brands,” argues media analyst Tal Smoller. The thought-leader CMO of Mastercard, Raja Rajamannar, seems to agree, saying: “I would much rather pay a little premium as a brand and go for verified sites.”
But there’s a dangerous countervailing trend: the belief that all hard news, from politics to foreign affairs, is “risky” and should be avoided by advertisers. A recent article in Digiday contrasted the boost in reader interest around politics with the reluctance of advertisers to appear alongside any content that might be deemed controversial. As evidence, it offered an understandably on-background quote from one client who complained when ads appeared near news that the FCC had voted to curb internet privacy rules. This was deemed unsafe because it was “so negative.”

There’s a sinister side to this fear-fueled, reality-averse logic. If advertisers decide that real news is unsafe then we’ll eventually get less of it. In its place will be a sanitized version of news guaranteed not to offend anyone, primarily in the arenas of entertainment and sports. This is the modern equivalent of the “bread and circuses” that Roman tyrants provided to lull their citizens into fat and lazy complacency. Spoiler alert: This didn’t work out well for civilization in the end.

All this is happening at a time when the spread of misinformation has become so epidemic that FBI Director James Comey has warned citizens that “people need to be aware of the possibility that what they’re reading has been shaped by troll farms” as part of an “organized disinformation campaign.” In an ugly Orwellian twist, we have a White House crew actively trying to delegitimize news organizations like CNN and The Washington Post that do not parrot their party line by calling them “fake news” and “the enemy of the American people” while elevating outlets that are frankly propagandistic.

But something interesting happened in the first 100 days of the Trump administration. Major brands are realizing that perhaps the riskiest action for them is to be seen as supporting Trump’s most polarizing policies. D.C.-based PR guru Richard S. Levick argues that after the ill-conceived immigration executive order, consumers viewed President Trump as “increasingly radioactive.” “Sticking with their corporate values and just saying ‘no’ to the president has become very easy,” Levick told The Daily Beast. “Nordstrom’s 7 percent increase in share price and 29 percent increase in online shoppers after they stopped carrying Ivanka Trump’s shoes put an exclamation point on that. Companies are finding that there is virtually no cost to them in terms of boycotts, headline risk, or share value. As of yet, there is little evidence of any pro-Trump consumer activism.”

This jump ball moment in our history coincides with a still-evolving digital media monetization model. The choices businesses make today about where to spend their ad dollars will have enormous influence over what kind of journalism succeeds in this new era. It’s a responsibility they need to recognize and act accordingly.

The good news is that more corporate citizens are starting to see that their self-interest is connected to a broader civic responsibility. After all, the wealthy, educated, influential audiences that advertisers want to reach are more likely to be hard news consumers.

The equation is simple: Quality news attracts a quality audience. Influential journalists are followed by influential readers. Likewise, looking at audience loyalty and engagement is a more useful measure of a site’s strength than simply focusing on size alone.

Supporting real news sites—whether national, local, or political—is a sign of social responsibility as real as any CSR investment, but with a more direct and measurable rate of return. As corporate citizens straighten their civic backbone they will find they’re strengthening their brands and doing well by doing good. Businesses are not bystanders but active participants in shaping the kind of country we live in, recognizing as George Washington did that “enlightened opinion” is essential to a self-governing society.