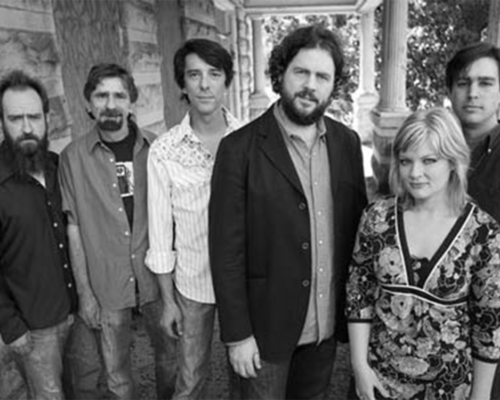 In a fall defined by market chaos, the long road of the campaign has ended up in uncharted economic territory — amid voters’ competing emotions of anxiety, aspiration and anger.

After the spring primaries’ reversals of fortune and the hot summer months’ marathon, we’re far enough along to begin viewing the cycle with some perspective — at least a musical perspective.

Because if you’re a political junkie, you know that each campaign season has its signature song.

In 1960, John F. Kennedy commissioned a Frank Sinatra version of “High Hopes” that captured the clubby optimism of the early 1960s. In 1988, George H.W. Bush chose “Don’t Worry Be Happy” to signify his bid to extend the Reagan years. Bill Clinton’s appropriation of “You Make Loving Fun” — sorry, that was “Don’t Stop (Thinking About Tomorrow)” — turned 1970s dreck into an enduring baby boomer anthem.

This year, the primary campaigns tried on various shades of country, as just about every campaign had Brooks & Dunn’s “Only in America” in heavy rotation. Rudy Giuliani’s campaign found its theme song in the orchestral soundtrack to the underdog flick “Rudy.” John McCain’s campaign tapped into Nashville for John Rich’s “Raisin’ McCain.” Barack Obama’s campaign, nodding to Gen X, went with U2’s “City of Blinding Lights” during the primaries, before shifting to Bruce Springsteen’s post-Sept. 11 anthem “The Rising.”

But all that was before market madness defined this election in indelible ways.

And for my money, the song that best captures the economic anxieties and aspirations voters are feeling now — and the song of the 2008 cycle — is “The Righteous Path” by the Drive-By Truckers. Take a look at the pitch-perfect opening lyrics:

I got a house in a neighborhood that’s fading fast…

I got a beautiful wife and three tow-headed kids

I don’t know God but I fear his wrath

I’m trying to keep focused on the righteous path

In just the first two lines, the song seems to anticipate $4 gasoline and the subprime housing crisis, even though it was recorded in 2007 and released on the album “Brighter Than Creation’s Dark,” this January. With accurate artistic forecasting like this, I’d trade these drunken country punks for a boatload of bickering economists.

The economic anxiety of a middle-aged, middle-class man is communicated through a relentless drumbeat and aching guitars that musically mainline a key demographic — the song is an aural glimpse into the psychology of swing voters.

It captures the punch-drunk desperation that kicks in when you feel focused-grouped half to death, or like you’re drowning in the 24-hour spin cycle. It’s also got the recklessness that comes from trying to distract yourself from unwelcome facts, and the cold panic of trying to keep your head up while watching your bank balance go down.

More bills than money, I can do the math

I’m trying to keep focused on the righteous path.

This is America — walking the line between Saturday night and Sunday morning, wanting to vote for hope but feeling the big fear. The song is the soundtrack to economic anxiety.

When Bubba talked about people who worked hard and who played by the rules but still got kicked to the curb by the system, he was talking to people who were trying to walk the righteous path. That’s how he became the first Democratic president reelected since FDR.

McCain’s biography is all about trying to walk the righteous path — from the Hanoi Hilton to the halls of Congress.

But will his seven houses and his association with the worn-out country club cowboy in the White House stop him from connecting with the righteous path voters?

These are key questions for the candidates, since it is these righteous path voters — the folks caught in the middle, beset on all sides and just trying to do their best — who will decide the next president of the United States. The key for Obama and McCain is to empathize with their anxieties, feel their frustration and then elevate their aspirations to a vision of a country that is better for them and heading in the right direction again.

Walking that righteous path for the remaining 45 days just might lead straight into the White House.