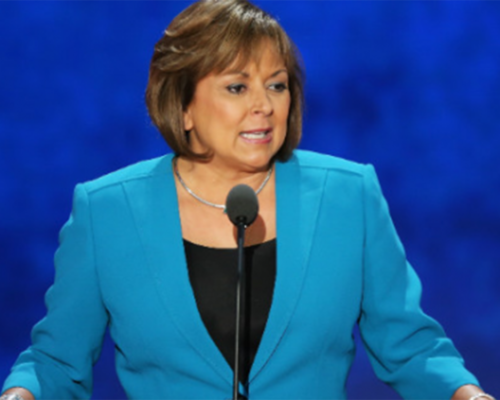 Everybody knows the Republican Party is basically an all-white bastion, right? After all, even Colin Powell condemned the “dark vein of intolerance” that has flowed through his party since the post-civil rights era political realignment.

Now with President Barack Obama leading the Democrats into a second term — buoyed by overwhelming victory margins among African-Americans and Hispanics — it’s clear the GOP has some serious catching up to do.

This is why it might surprise you to hear that Republicans are by far the more diverse party when it comes to statewide elected officials such as senators and governors. On this front, they leave Democrats in the dust. And that’s why the GOP actually has a greater depth of diversity on their potential presidential bench looking to 2016 and beyond.

It’s counterintuitive but true. Numbers don’t lie. Let’s start with a look at the governors, the traditional launching pad of presidential ambitions.

Among the Republican ranks is Brian Sandoval, the Hispanic governor of Nevada. The 49-year-old former federal judge took on a corrupt conservative incumbent and is now racking up an impressive reform record in his first term. Likewise, there is New Mexico’s Gov. Susana Martinez, a former district attorney who remains popular in her state despite an otherwise Democratic tide.

How many Hispanic governors do the Democrats have in office? Zero.

America’s Indian-American population is fast-growing and successful. Louisiana Gov. Bobby Jindal is one of the nation’s most innovative governors, and the former Rhodes scholar is newly committed to making the GOP no longer “the party of stupid.”

If he chooses to run for president in 2016, Jindal could make a major dent in the race and possibly emerge toward the front of the pack. There is also South Carolina Gov. Nikki Haley, who climbed from the General Assembly to the Governor’s Mansion, breaking a number of historical barriers along the way. In the past two months, she has appointed the first African-American Republican from the South to the U.S. Senate since Reconstruction (Tim Scott), and her husband was deployed to Afghanistan.

How many Indian-American governors do Democrats have in office? None.

The aforementioned Scott just was tapped by Haley to finish out Sen. Jim DeMint’s term, making the former congressman the first African-American Republican senator serving since Ed Brooke of Massachusetts in the 1970s. He is also the only black senator of either party.

Likewise, the GOP is looking at two young new Hispanic stars in the Senate chamber — Florida’s Marco Rubio and the newly elected Ted Cruz from Texas. Interestingly, both men are of Cuban descent.

Presidential buzz surrounded Rubio almost from the moment he entered office after defeating the sitting governor, Charlie Crist, in a contentious primary. He has put forward an innovative immigration reform proposal in recent weeks, which could help shape national debate, and he’s already decamped to Iowa to speak at a political dinner.

Cruz is a former member of the Harvard Law Review who donned the tea party mantle to defeat a powerful sitting lieutenant governor in a primary. He was born in Canada to an American mother, a fact that hasn’t stopped the fast-forward presidential projection. At the very least, Cruz will be a real force in the Senate for decades to come.

On the Democratic side, the only Hispanic senator is New Jersey’s Robert Menendez. While in line for the chairmanship of the Foreign Relations Committee, he has been beset by ethical allegations for much of his career, most recently the accusation that federal agents held off from arresting an office intern who was also an undocumented immigrant and registered sex offender until after Menendez’s re-election. (Menendez has said he didn’t know about any possible delay.)

Menendez might have influence, but he is not a charismatic figure. That’s why the Democratic National Convention chose to highlight San Antonio Mayor Julian Castro at its keynote, rather than anyone more senior or nationally known.

The Republicans’ surprising diversity edge when it comes to statewide elected officials cannot erase the very real diversity deficit they face below this level. In the House of Representatives, often called “The People’s House,” the disparity is stark.

The new 113th Congress is the most diverse in history, but that diversity comes almost exclusively courtesy of the Democratic side of the aisle. For example, there are 42 African-American members of the House — all are Democrats. The Hispanic population is comparatively less skewed, with 27 congressional Democrats and eight Republicans. Among Asian-Americans, we’re back to the lopsided totals — 11 Democrats and no Republicans.

It is a historical irony and a barely slumbering scandal that the Party of Lincoln lost its edge on diversity in pursuit of short-term political gain by realigning the Southern states of the former Confederacy in the wake of the Civil Rights bills that conservatives such as Barry Goldwater believed were unconstitutional. The times when Martin Luther King Jr.’s father, like millions of other African-Americans, was automatically a Republican are a distant memory.

But Democrats should not rest on their laurels after Obama. Their lack of statewide-elected diverse Democrats is striking and could provide an opening for Republicans in the next generation (if conservatives don’t keep alienating that community with anti-immigrant rhetoric and legislation).

The old stereotypes don’t hold when looking at the facts — Republicans have been quietly making inroads into communities of color, even if that hasn’t yet registered in overall voting patterns. And rising Republican stars such as Rubio, Jindal, Sandoval, Scott, Haley, Cruz and Martinez are reasons for optimism as we look toward the future of American politics.


This entry was posted in Columns, Featured Columns and tagged CNN, Republican Reformers. Bookmark the permalink.