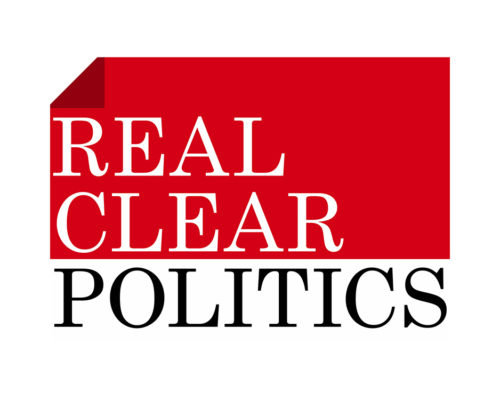 Abraham Lincoln would be amazed by this race – but not for the reason you might think.

In an under-remarked historic irony, the political party that long defended slavery and racial segregation has become the first to nominate an African-American for president. And the GOP, the Party of Lincoln, which fought for union and advanced civil rights from Reconstruction to Little Rock, has been left with a troubling lack of diversity on its political bench.

The legacy of Lincoln and the Civil War formed the basic fault lines of American politics. From 1860 to 1960, the current “red” and “blue” states were reversed, with the south voting solidly Democratic for 100 years while Republicans generally dominated the north.

But Democrats engineered a political role-reversal when Lyndon Johnson signed the Voting Rights Act over southern conservative objections, infamously remarking to his press secretary Bill Moyers, “I just gave the south to the Republicans for your lifetime and mine.”

The realignment accelerated as some conservative Republicans smelled electoral opportunity in the Democrats’ shift. Icons Ronald Reagan, George H.W. Bush and Barry Goldwater opposed the Civil Rights Act of 1964. Like Reagan and Bush, Goldwater was no segregationist – he had desegregated his family’s department store and the Arizona Air National Guard. But on advice from Phoenix lawyer and future Supreme Court chief justice William Rehnquist, Goldwater decided with a somewhat heavy heart that the Civil Rights Act was an unconstitutional infringement upon the rights of individual states. Mississippi returned the favor by casting 87% of its votes for Goldwater – the first time the state had voted Republican in its history.

This southern strategy may have sold the Party of Lincoln’s soul, but the Faustian bargain contributed to four-decades of political gain. Since 1968, Republicans have won 7 of 10 presidential elections. Before 1968, the opposite was true – Democrats won 7 of 10.

It is difficult to remember that the first African-American senator and the first female senator freely elected to the Senate were both Republicans: Ed Brooke of Massachusetts and Margaret Chase Smith of Maine. And of the 23 African-Americans who served in Congress before 1900, every single one was a member of the original progressive party – the Republicans. To some this may seem like a dusty fact and even an impolite point, but as Reagan used to say, “facts are stubborn things.”

The Republican Party has some catching up to do.

Now is the time – and McCain may be the candidate – for Republicans to begin restoring their reputation as the Party of Lincoln. McCain has been challenging his party to grow since gaining the nomination, refusing to just play to the base, campaigning in places like Selma, Youngstown and the 9th Ward in New Orleans. As a western conservative, McCain has the pioneer libertarian perspective: strong on national security and individual freedom, skeptical of the social coercions that come with collectivism. He has never been intimidated by threats from social conservative special interests. This is a Republican brand that can broaden its appeal to independents who reject hyper-partisanship, while building a broad new generation of Republicans.

Of course, the contrast with Obama makes McCain’s job of reviving the Republican Party even tougher – he looks every inch the older white man by comparison. But his principled independence and personal heroism may make up some of the gap. McCain almost lost the nomination because he stuck to his guns and supported the immigration plan that the Tom Tancredos (and Mitt Romneys) of the party opposed. It’s one powerful proof point that may keep Latinos from abandoning the GOP this fall.

As part of this larger effort, McCain should specifically reject the race-based electability argument floated by some in the Hillary Clinton-camp after her blow-out wins in West Virginia and Kentucky. He should say to the American people: “if you’re inclined to vote for me because my opponent is black, then I don’t want your vote.”

The real game-changer would be to convince Colin Powell or Condi Rice to serve as his Vice-President. Tapping former Maryland Lt. Governor Michael Steele head of the RNC would also be a step in the right direction. But such Hail Mary passes can’t be depended on to undo decades of damage overnight.

The GOP can reclaim the better angels of their nature by consistently recruiting minority candidates and reaching out in their own version of the 50-state strategy. The idea of an Urban Republican should no longer sound like an oxymoron or an entry on the endangered species list. Advancing policies like school choice and political reform alongside fiscal responsibility and public safety could help – especially if the national party embraces the reasonable edge of emerging ideas like environmentalism, and stops being seen as demonizing groups like gays and other minorities.

The Republican Party was right on civil rights for the first one-hundred years of its existence. It was right when the Democratic Party was wrong. Its future strength and survival will depend on rediscovering that legacy of individual freedom amid America’s essential diversity.


This entry was posted in Columns, Featured Columns and tagged Real Clear Politics. Bookmark the permalink.