Market Leninism vs. the West – The Daily Beast 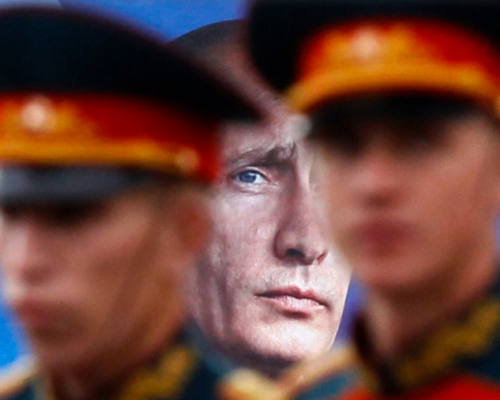 So much for the end of history. Twenty-five years after the fall of the Berlin Wall gave rise to the idea that liberal capitalist democracy would carry the human race inexorably toward broad sunlit uplands, we are confronted with the ugly fact that culture outlasts politics.

The ideology of communism may have ended up on the ash heap of history like Nazism before it, but now “Market Leninism” is taking its place as a challenge to liberty in the 21st Century.

Russia and China and some of their old satellite states have traded Marx and Lenin for Market Leninism.

The militaristic one-party state endures – but the nomenklatura now attracts global capital, swilling champagne in jet set nightclubs instead of behind dacha walls.

To some extent, this is a mark of the West’s Cold War victory.

Even ex-communists recognise that capitalism – albeit a corrupt, crony, command-and-control version – is more effective at lifting people out of poverty than endless programmes and slogans about the proletariat. This is helpful for holding on to power.

What’s insidious about this alternative to Western governance is that it promises prosperity at the expense of individual freedom, while dismissing democracy as ineffective.

For some citizens, the presence of spending money in their pockets plus the narcotic of nationalism is enough to make this seem a fair trade. Outsiders are just asked to ignore the annexation of Crimea or never mention the occupation of Tibet and they can enjoy their share of the spoils while staying at the local Four Seasons. It’s almost civilised.

Western democracies haven’t done ourselves great favours when it comes to advertising the comparative strength of our system lately.

As The Economist detailed in its eloquent analysis entitled What’s Gone Wrong With Democracy: “Faith in democracy flares up in moments of triumph, such as the overthrow of unpopular regimes in Cairo or Kiev, only to sputter out once again … And within the West, democracy has too often become associated with debt and dysfunction at home and overreach abroad.”

It does not help that a poisonous strain of hyper-partisanship has exaggerated domestic disagreements in the United States, making “America’s governance and policymaking … less stable, less effective, and less predictable” – in the infamous words of the S&P downgrade of the US credit rating.

Self-governance too often veers toward self-sabotage. When legislation does pass it its larded up by lobbyists. Consequently, our geopolitical competitors see us as weak when it comes to collective will.

What’s worse, some CEOs privately grouse that they would rather invest their capitol in one-party states, not only because of the rate of return, but also because they feel America’s political system is increasingly inefficient when it comes to making long-term decisions.

We’ve heard these claims before.

In the 1930s, the buzz was that liberal capitalist democracy was decadent and declining – that the pluralism and diversity of the USA was our greatest weakness because we could not reason together.

Ideologues argued that it took a Great Leader to get things done.

Demagogues always do well in economic downturns and the mirror-image systems of communism and fascism promised to solve problems quickly through command and control. This was not just the siren-song of extremism – it represented a failure of democratic governments at the time.

Of course, America, England, and our allies ultimately proved those ideologues and opportunists wrong. When our back was at the wall, we proved that free and diverse people working together in a liberal capitalist democracy have strength that one party states cannot compete with.

And so it will be again. A growing middle class will not ultimately abide by fundamental restrictions on individual freedom and technology makes it impossible to block out the rest of the world. Freedom will seep into the bedrock as we rediscover our backbone.

But in the intervening years, “Market Leninist” states offer a slick sales pitch that will seduce some short-sighted dupes into buying the moral equivalence argument. Dictators will line up to trade with “Market Leninists” rather than democracies, wielding slogans about non-judgment and cultural autonomy. The world will re-polarise while money flows into Swiss bank accounts. This is better than the Cold War when nuclear war loomed, but it is still sinister. It is still a challenge to liberty.

That’s why this is a testing time.

If the West’s resolve wanes in the wake of Crimea, seduced by Russian economic influence, it will send a signal that will ripple out to other “Market Leninist” states that might makes right.

Simultaneously, Western democracies must take the challenge of internal reform more seriously, recognising that – as the late Senator Daniel Patrick Moynihan once said – “politics can help change a culture and save it from itself.”


This entry was posted in Columns, Featured Columns and tagged Fiscal Responsibility, The Daily Beast. Bookmark the permalink.