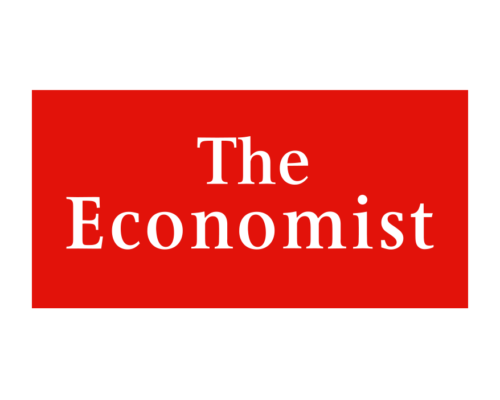 IN TODAY’S polarised political environment John Avlon has carved out a useful niche, exposing extremists on both the left and right. He says these partisans are more dangerous than ever, in part because they obscure the growing power of independents. Mr Avlon is a columnist for the Daily Beast and a regular contributor on CNN. His most recent book is ” Wingnuts: How the Lunatic Fringe is Hijacking America”. This week we asked him some questions about those hyperpartisans and their effect on America’s political system.

Democracy in America: First off, what is a wingnut?

Mr Avlon: A wingnut is someone on the far-right wing or far-left wing of the political spectrum—the professional partisans, the unhinged activists and the paranoid conspiracy theorists. They’re the people who always try to divide rather than unite us. One tell-tale sign of a Wingnut: they always confuse partisanship with patriotism.

DiA: Is wingnuttery more of a problem on the right or the left?

Mr Avlon: I believe that the far-right and the far-left can be equally insane—but there’s no question that in the first years of the Obama administration, the far-right has been far crazier. In part, this comes from parties being out of power—without the responsibility of governing to ground them, the activists and the ideologues take over. It’s important to remember that Bush Derangement Syndrome on the left—comparing him to Hitler, calling him a terrorist and a tyrant—preceded Obama Derangement Syndrome on the right. If you only take offense when the president of your party is compared to Hitler, then you’re part of the problem.

DiA: Haven’t we always had wingnuts in American politics, from Charles Coughlin to Joe McCarthy to Louis Farrakhan? What is the difference with today’s wingnuts? How are they more damaging to American politics?

Mr Avlon: Definitely—and demagogues always tend to do better during economic downturns. Wingnuts are sometimes dismissed as eccentric color on the fringes of the political landscape, but I believe they are more dangerous and influential than ever before, for three reasons.

First, the two parties are more polarised than at any time in our recent history, pushing power from the centre to the margins of our politics. This has been compounded by the rigged system of redistricting.

Second, we’ve seen the rise of partisan media—we’re devolving back to an era where political parties owned newspapers.

Third is the internet, the only truly new thing under the sun, which has enabled people who in the past might have been isolated by their extremism or absurdity to form online armies across geographic boundaries, becoming in effect the loudest (not the largest) lobbying bloc, creating real leverage on the party leadership.

The end result is what we’ve seen accelerate over the past year and a half—the fringe is blurring with the base, and political leaders are afraid to stand up to the extremes in their own parties.

DiA: Much of the news media serves only to reinforce the audience’s existing views, leading to a national debate between two sides that can barely comprehend each other. But if this is the type of news programme (or website or radio programme) that sells, how do we change the dynamic and return to a more civil and intelligent national conversation.

Mr Avlon: We are self-segregating ourselves into separate political realities. It’s a dynamic I discuss in my chapter, “Polarizing for Profit”—with the fragmentation of modern media, one response to achieve higher ratings has been to appeal to a narrow but intense niche audience. In this environment, there is no such thing as too extreme and political entertainers use conflict, tension and resentment to fire up their audience. What’s different now is that while political leaders used to give talking points to talk radio, now talk-radio hosts are giving talking points to political leaders. It’s all part of the suffocating spin cycle we’re in. In media, politics and publishing, the conventional wisdom is to play to this base.

But I think in the long run this creates an opportunity for a real alternative—only 15% of Americans define themselves as conservative Republicans and 11% call themselves liberal Democrats, according to a Pew survey released last year. That means that there is a massive untapped market in America for something other than bitter and predictable partisanship. Part of the reason I started the “Wingnuts of the Week” segment on CNN was to find a way to play offence from the centre, hitting left and right each week as a way of making it harder for the partisans to say that the centre was really just code for left or right. The key is to be an honest broker and an equal-opportunity offender.

There’s no question this is a rebellious project and counter-cyclical—and some people accuse me of titling at windmills. Others may take comfort that I get hate mail from both the far-right and far-left—but I also get emails from people in the centre saying “thank you, finally, I thought I was alone.” The basic message is that we need to stand up to extremes on both sides if we want to stop this cycle of incitement, and remind ourselves that what might be good for ratings in the short run can also be bad for the country.

DiA: You say that America is “artificially divided” and that independents are a growing force. But many independents consider themselves part of the tea-party movement, while others are isolationists or libertarians or socialists. Are independents really a coherent political force in American politics?

Mr Avlon: Yes, they are. Independents are the largest and fastest growing segment of the American electorate. There are more independents than Democrats or Republicans, and their numbers have reached over 40% of the electorate—an historic high. This is a direct reaction to the polarisation of the two parties. If you study independent voters on an ideological spectrum, they are consistently between the Republican and Democratic parties, which are more polarised than ever before. But its not a simple split the difference position—independents tend to be closer to Republicans on economic issues and closer to Democrats on social issues.

There is a mainstream of views that runs beneath independents. Of course, there are outliers—conservatives who are too conservative for the GOP and folks on the far-left who are off the grid entirely. Nonetheless, independents more closely mirror the American people as a whole than either party—they feel politically homeless, but it’s an exile on main street.

DiA: Do you anticipate the end of the two-party system? (If so, how do you see it playing out?)

Mr Avlon: Not in the near term, but the two parties should consider themselves put on notice by the American people. They can’t indefinitely ignore the fact that a plurality of Americans are proactively rejecting them. In the past, the two-party system was able to correct itself, with opposition parties reaching out to the centre and reviving themselves politically in the process. But the special interests controlling both parties now are not allowing this to occur—the religious right blocks any substantive outreach to libertarian-minded voters on social issues, while the power of groups like public-sector unions makes the Democratic Party inhospitable for fiscal conservatives. If you’re fiscal conservative but socially liberal, as many independents and centrists are, you’ll find that the parties are hostile to your full participation, and in fact we’ve seen an increase in RINO hunting and DINO hunting (attempts to ideologically purify the parties by purging centrists). Eventually this disconnect will be resolved or it will rupture.

One scenario that is often discussed is a third party of independents emerging from the centre, from the ashes of the Ross Perot-inspired Reform Party. Another scenario would be conservative populists ultimately splitting off from the Republican Party (as they have often threatened to do) and far-left interests represented by unions and welfare-state enthusiasts splitting off from the Democratic Party. At a moment like that, centrist Democrats and centrist Republicans might recognise what has been apparent for some time—that they share more in common with each other than they do with the extremes of their own parties.

Whatever scenario, social media is a new tool that could help such a realignment take place. One impact of the internet on our economy is that it disaggregates middle-men. That’s what the parties essentially are—they were enablers of democracy but they are increasingly obstacles to it. Our constitution doesn’t mention political parties. They are still playing politics by industrial-age rules. They haven’t woken up to the information-age reality. Younger generations have grown up with a multiplicity of choice on every front, which can be tailored to suit their individual beliefs. Politics is the last place where we are supposed to be satisfied with a choice between Brand A and Brand B.


This entry was posted in Columns, Featured Columns and tagged The Economist. Bookmark the permalink.