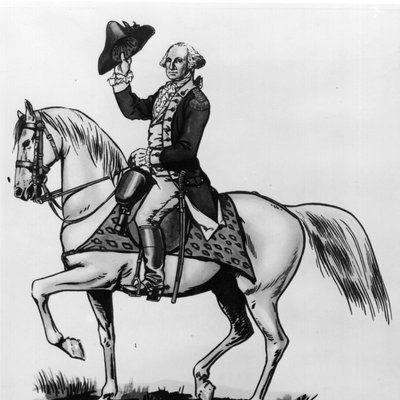 On Tuesday, President Obama will give his farewell address to the nation. It’s a custom that goes all the way back to George Washington; these speeches, author John Avlon says, “serve as a bookend to a presidency.”

For about 150 years, Washington’s farewell speech was the most famous in American history, Avlon tells NPR’s Michel Martin: “It was more widely reprinted than the Declaration of Independence. And yet today, it’s almost entirely forgotten.”

Avlon hopes to bring the speech back into the spotlight in his new book, Washington’s Farewell: The Founding Father’s Warning to Future Generations.

Washington “had the greatest team of ghost writers in history,” Avlon explains. “James Madison on the first draft and then Alexander Hamilton. But while the final words may have been largely Hamilton’s, the ideas were all Washington’s.”


This entry was posted in Audio and Podcasts and tagged NPR, Washington's Farewell. Bookmark the permalink.