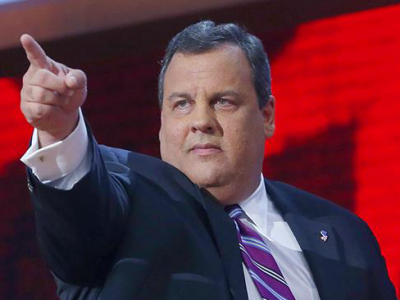 Chris Christie’s landslide reelection in a state President Obama won by 17 points offers the GOP a memo on how to win in 2016, if it wants one.

Don’t just fixate on the top-line numbers. They obscure the real story. Look instead at Christie’s initial exit poll margins among women, independent voters, moderates, the middle class, Hispanics, and African-Americans. In those cross-tab stats, you see the outlines of a candidate who can dig the GOP out of the demographic trap it’s facing.

Let’s start with the gender gap. Christie proved not just able to bridge it but reverse it. He won women by 15 points against a woman challenger, Democrat Barbara Buono. Christie counts himself as anti-abortion rights, but he isn’t obsessive about it in the same way that, say, Ken Cuccinelli ideologically and theologically approaches restricting a woman’s right to choose, which led him to lose suburban Virginia women decisively. The lesson? Extremism alienates. Moderation matters.

Independent voters make up 48 percent of registered voters in New Jersey, and Christie won them by a towering 31-point margin, 64 to 33 percent. That isn’t subtle and is key to putting together a winning coalition, not just in national elections but in early primary states such as New Hampshire and Iowa, where independents also make up a plurality of registered voters. But in 2012 Mitt Romney won independent voters and still lost the election because he lost moderate voters by double digits. Christie reconnected the traditional overlap between independents and centrists by winning moderates by 21 points, despite the GOP’s recent brand damage courtesy of Ted Cruz and the shutdown crowd.

The essential electoral demographic is the middle class, and Christie won voters making between $50,000 and $100,000 by 16 points. Perhaps even more important, among voters for whom the economy was the most important issue, Christie won by more than 30 points. That is the kind of kitchen table connection Republicans have been struggling to make since the economy collapsed at the start of the Great Recession in the fall of 2008.

Finally, look at Christie’s margins among non-white voters. He won the Hispanic vote over the Democratic nominee, 51 to 45 percent—beating George W. Bush’s 49 percent Texas total in 1998, a marker that was used as Exhibit A in his successful presidential campaign as a “compassionate conservative” in 2000.

And although Christie won only 21 percent of African-American voters, he more than doubled his total of the vote he received four years ago—and no New Jersey Republican has won more than 17 percent of the black vote in the past two decades. His vote total here was aided by President Obama quietly but notably declining to endorse or campaign for the Democratic nominee. But even more significantly, Christie made inroads by consistently reaching out at inner city town halls and focusing on issues such as education reform and school choice. (It also helps that he kept Cory Booker off the ballot with a crafty scheduling of a Senate special election last month.) Without pandering, Christie made real progress in appealing to voters outside the lily-white confines of the conservative base.

These margins matter. They demonstrate an ability to heal some of the demographic divisions that drive our partisan politics, especially in the age of Obama.

Not incidentally, Christie was able to win 31 percent of Democratic voters, despite taking on the teachers union and other liberal sacred cows while refusing to raise taxes even as he tackled a multibillion-dollar budget gap. And he can credibly point to a record of leadership built on forging bipartisan solutions in the state Legislature. As Christie said in his largely ad-libbed victory speech: “We stand here tonight showing that it is possible to put doing your job first. To put working together first. To fight for what you believe in yet still stand by our principles and get something done for the people who elected you.” That is a clear rebuke to partisan politics as usual in Washington, guaranteed to resonate with the swing voters who ultimately decide elections.

Bottom line: On Tuesday night, Christie went a long way toward establishing himself as the Republican Bill Clinton, a charismatic candidate able to re-center his party and reach out beyond the base even in traditionally hostile territory. Hard-core conservatives might call him a RINO—a Republican in Name Only—but there’s another name for it. A winner.


This entry was posted in Columns and tagged Independent Voters, Republican Reformers, The Daily Beast. Bookmark the permalink.